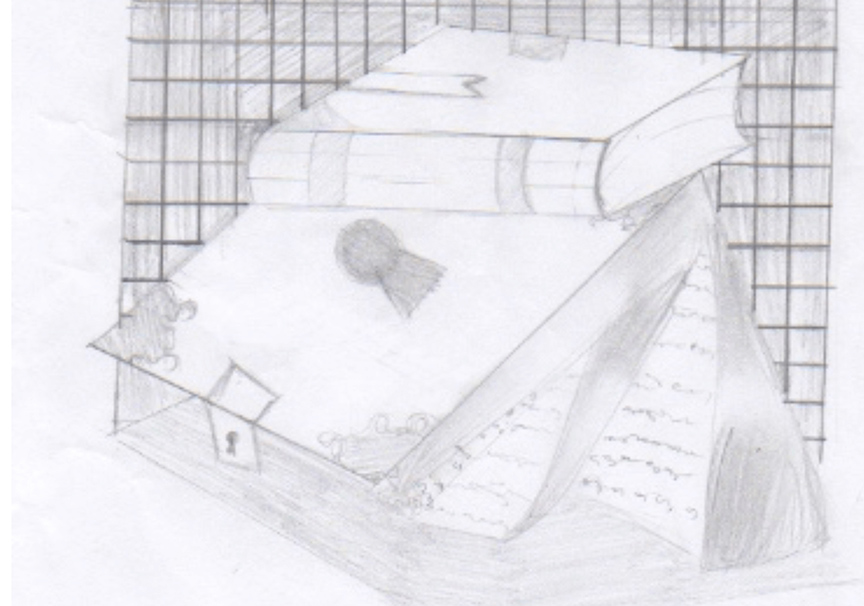 /// No one’s P.O.V (point of view)///
“Vix wait up” called Alana. Alana was a tall girl for her age; She had dark
brown hair with purple at the tips. She also was wearing the male uniform
since she didn’t like wearing skirts. Alana was also a very smart girl she
memorized all 100 digits of pi. “We have to get to school, so hurry up or we’re
going to be late,” said Vix. Vix is the same as Alana except that she was more
muscular and mature. She had duel colored hair one side was black and the
other pink; she was wearing the female uniform. Vix was on the honor role
before she got into the school so she’s probably going to be in the gifted class
after their homeroom class ends. They were going to the prestigious hero
school PUMS (Plus Ultra Middle School) located in Musutafu, Japan. They
were in their first year so they didn’t want to be late on their first day. When
they got to the door of their new class 1-A, they entered the classroom. They
met some of the most unique people that they had ever seen. They were
looking around in awe until they saw their teacher.  He was wrapped in a
yellow caterpillar like sleeping bag and he looked sleep deprived. “Hello class
as you can see we have some new students, go to the front and introduce
yourselves” said the human caterpillar. “Hello, my name is Alana Hill and my quirk is Void, I can create voids that I can put things in or take things out of.
One of the draw backs is that I can only do it with things I own” said Alana.  In
this world people have quirks which are like superpowers. Vix was up next.
“Hi my name is Vix Tale my quirk is Story.  I can create story’s from books and
make them come to life, the drawback is that if I use it too much I will be
pulled into the story that I used for 1 hour.” said Vix. When the duo was
done they found out that their teachers name was Mr. Ring, he told them to go
find an empty seat

/// Vix’s POV///
As we sat down I looked around the room to see that not everyone was
listening to the teacher. They were just talking in little groups of 6 or less, at
least that’s what most people were doing.  What Mr. Ring was teaching
was actually educational. Later in class he started explaining the basic things
around the school, including the villain alarm. Later that day I felt
that something bad was going to happen so I had my guard up. Someone
was approaching me, so I flipped them on their back, that’s when I saw that it
was Alana.

///Alana’s POV///
When class was over I went to go look for Vix. When I saw her she looked
tense so I wanted to cheer her up.  As I walked over I saw that she
was spaced out as I was calling her name. “VIX!!!” I shouted so that she could
hear me, but she didn’t turn my way. As I was approaching I tapped her
shoulder, but the response that I got was painful, I was flipped over and
landed on my back!!” That’s going to leave a scar” I thought to myself. “I’M
SORRY ALANA I DIDN’T MEAN TO” Vix said in an apologetic tone.
” It’s ok I know that y-“,I was cut off by a loud alarm but I didn’t know what it
meant.

/// Vix’s POV///
Alana was telling me that it was ok until I heard an alarm go off
and I knew immediately what it meant.  Villains were attacking.
As I was going to grab Alana’s hand I saw people that I have never
seen before come out of a portal, everybody was frozen in place unsure of
what to do. ” This is why people should listen in class” I
mumbled before yelling ” EVACUATE!!!!!”.

///No one’s POV///
As everyone was evacuating Vix saw that the villains were taking people left and right some of them were fighting but they had major injuries.  They kept
running, until Alana stopped.

/// Vix’s POV///
“Why did you stop Alana?” I asked. I noticed that she was looking behind us,
as I turned in that direction I noticed that everyone else was looking that way
as well. When I saw what they were looking at I was frozen as well. “All for
one” I whispered.

///Flashback///
“The main Villain that you should look out for is All for one. He is the top villain
in Japan, you will identify him when you see him. He has no face and a gas
mask on since he can’t breath without it” said Mr. Ring

/// Flashback End///
Oh we’re in big trouble I thought. I was starting to black out. When I woke up
again I saw that I was in my bed at home.

/// No One’s POV///
“Guess it was just a dream,” said Vix. As Vix went back to lay down she slowly
drifted off into a deep sleep. While her eyes were closed light revealed itself,
flying out of the window never to be seen again.

///??? POV///
As I was sitting on my chair waiting for lunch to be over with, I saw one of my
dream seekers outside of the window. As it made it into the classroom it told
me what it saw. “Will this be a new addition to the story?  “Alana what are you
doing sitting in the classroom?” asked one of my classmates. “Oh, just
thinking of what to write next.

Thank you to our judges – Katy Hammel, Elisabeth Loya, and Casey Collier! And to our sponsor Ayanna Freeman of Ayanna Denise Skin.