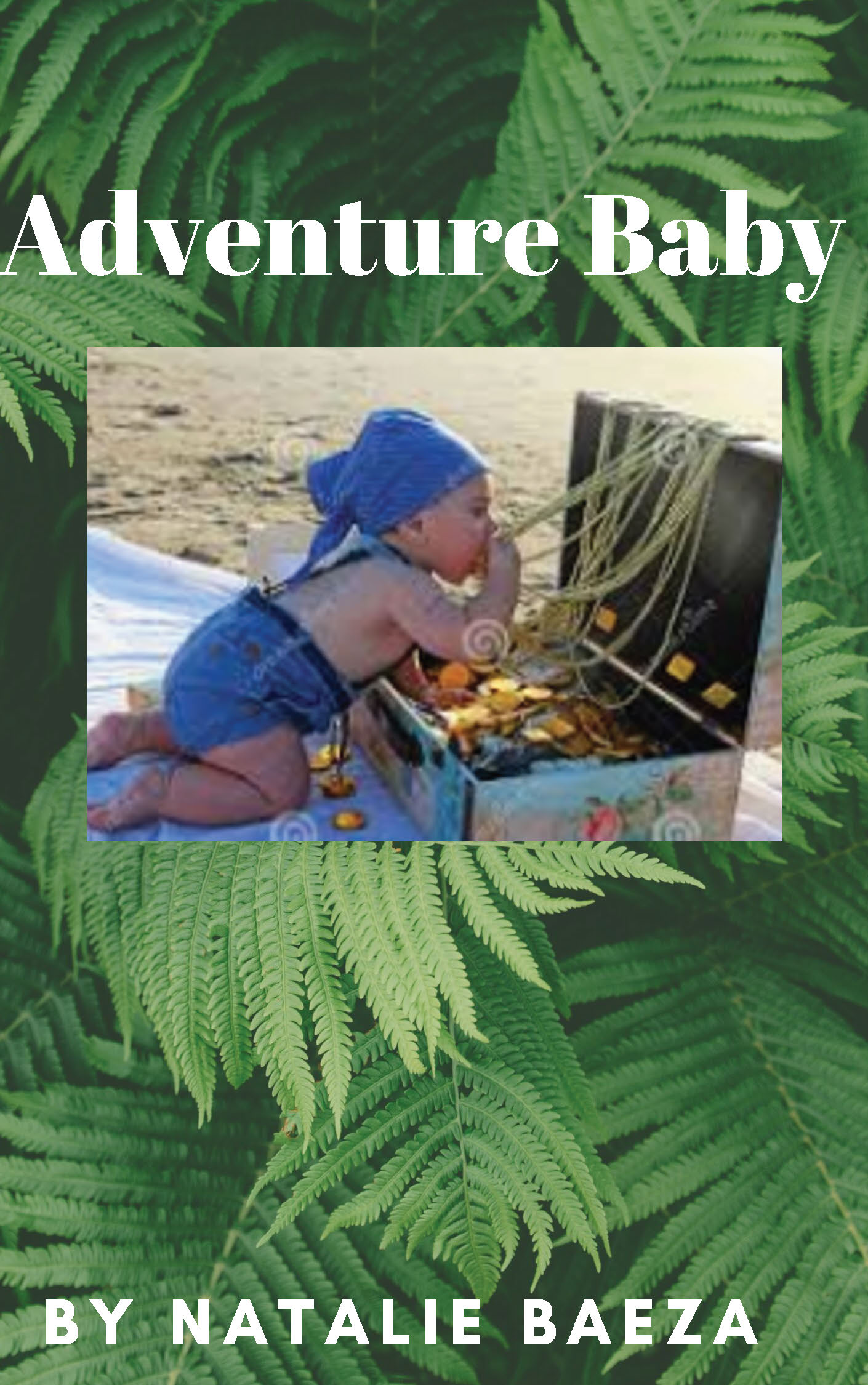 We were happy to hold a kids writing contest. Natalie Baeza, fifth grader, won the contest with her entry, Adventure Baby.

Hi! I’m Samuel Peterson. I’m an adventurous baby. I can fly very high but nobody knows. One time, I went to a jungle adventure. My favorite adventure was when I jumped and hopped for hours. The world seems so much smaller when you’re flying. Being a baby is just so fun you don’t have to do chores at all.

Also I have plans to go and find a treasure adventure. When you’re a baby you get lots of hugs. My least favorite adventure was when I went to the mountains. I had to climb for hours and hours but it was fun, I guess.One time I almost fell down a cliff. I was so scared.

You might be thinking why couldn’t I just fly off the cliff? Well, my powers don’t work that high up and we were like 150 feet high but my best friend saved me.

Ohh my monkey is my best friend. I must have a very brave monkey. Oh, by the way, my monkey is called George. He is very fun to play with. He always comes on adventures with me all the time. You should also come too. Adventures are lots of fun. You get to look for stuff. You get free prizes. The most important of all is the gold so that means I’m a rich baby!!!!!!

Oops, sorry, I probably shouldn’t say that out loud. No one can know I have super powers because I don’t want to creep my family out. Somehow I’ll try to tell them one day but maybe that won’t be until my 10th birthday passes. I’m just not ready yet.

Either way, let’s go to my mission. I climb out of my crib. My crib is so tall compared to me. Today we’re going on a hunt for treasure. When I say we’re it means me and George.

Let me pull out my map. OK, so it looks like we have to go to a palm tree that has a single cocoa on it. We past through a jungle with only one mosquito.

That’s probably because I put on like hundreds of layers of mosquito spray so I can’t get even one bite of a mosquito.

OK, back to the mission. We passed through a gorilla home but it heard us. He came down and told us that this was his territory so we stayed still. As soon as he looked away, I went flying up to the sky. The gorilla tried reaching us by climbing trees. But he couldn’t do anything to us because I’m the boss of the jungle.

Back to the mission. We are almost there. We just need to pass through a yellow tree and a big bear so we finally are with the bear.

He said: “You will have to battle me in a hunt for a raccoon. Whoever finds it first wins. If you win I will let you pass.”

I said that sounds like fun. We started the hunt. I thought where would a raccoon hide? I ran as fast as I could to a hollow tree. I pulled my map out of my backpack as I was running. The closest tree was next to the yellow tree that we passed through earlier!

I hurried up and I found the raccoon. I won the hunt!

The bear let us pass. We’re almost there. The treasure was buried in the ground under a rock shaped like a triangle. We looked at the ground very very closely.

I tripped on a very sharp rock. When I looked at it, it was the rock. But there was a problem. George and I didn’t bring a shovel so we started using our hands to dig a hole. When we were finished, our hands were very dirty, but that was not the biggest problem. Our hand hurts a lot.

We took a little break and then we started digging again. We finally reached deep into the ground. The treasure was there!

Mmmmmmmmm I wonder how old this treasure is? It must be over 200 years old. Maybe even older than that. Now how are we going to take this back home? Probably me and George can fly back home but it’s going to be hard because this treasure weighs like 46 pounds. For a baby that’s a lot but I don’t worry too much because George and I have big muscles. We can carry more than 79 pounds with each arm.

Oh, I forgot to tell you George is a super monkey. So together we are a super powerful team.

It only took 15 minutes to get back home with the treasure. “I feel like we should go rest, George. It’s been a long day.”

We climbed into the crib and snuggled up together. Tomorrow, we’re planning to go on another adventure but we’re still thinking mmmmmmmm? I guess we can on an adventure under the sea.

Now we have to wait until tomorrow. “Good night, George.”

We went to sleep. Ahhh it’s finally morning. Now it’s time to go on the adventure!

Oh no. Mommy is coming. That means it’s time for breakfast. Act normal.

Oh, I almost forgot our snorkels. Thank god, George reminded me. Now we are ready LETS GO!!!!! I’m so excited.

Ok we finally got to the sea. Let’s put on our scuba gear. Honestly I feel like I’m the first baby in the sea. SPLAAASH!!!!!! George and I jumped into the sea.

We’re looking for the one and only completely transparent fish. I think this fish likes to hide in dark places. Let’s start looking for it. I think we should go deep down. You guys might wonder how we are going to breathe that deep down. Well, we have special powers. We trained ourselves to not breathe for 6 whole hours and especially if we have snorkels. We are probably going to be under the sea for 12 hours.

We’ve been under the sea for I think 7 hours now. We passed almost every layer of the ocean. We’re in the deepest layer. We’re almost there.

We found this black hole at the very bottom. George and I swam inside it. It was so dark in there we needed to use our night vision.

We found a little something with eyes. Could it be? It was!!!!!!!!!!!!!!! The transparent fish! We pulled out our fishing net and we caught the fish.

We were so proud of ourselves. Now I could complete the collection in my fish tank.

When we got home, I dropped the fish in the tank and yelled of happiness. I completed my collection of rare fish!

We were so tired. The second thing did was to go to bed because it was 2:45

a.m. Everyone was asleep so we went to sleep too.